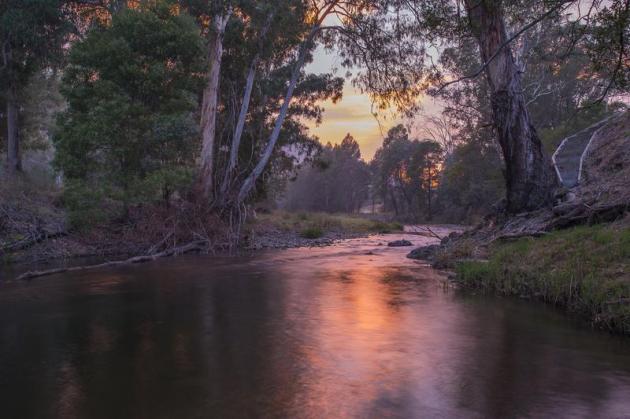 Throughout my life, I have experienced moments that I have come to refer to as ‘God’s Spotlight’.

It’s a little hypocritical of me. I don’t really believe in God. Not in any traditional sense, anyway. I guess I would call my morals and values non-denominational Christian but, if I’m honest, that’s simply because Christianity is mainstream in my environment so it’s the religion I know the most about. I’m fairly certain that these same values that I live my life by are the backbone of most religions. And, um, the law.

Don’t kill. Don’t steal. Be kind. Love one another. Ya know?

I also support a lot of things that most religious denominations, in practice anyway, typically don’t. I’m Pro Choice. I’m Pro Marriage Equality. I’m a feminist, too which isn’t sacrilegious as such. It just gets under their fingernails a little bit. I rather reluctantly went to a Catholic School and was an argumentative little hellraiser in mandatory RE class. “But Miss, how can you believe that God loves you when he drowned EVERYONE!? Even the ANIMALS!? I’m sorry, but that guy can’t be trusted.” But when all’s said and done, I guess I believe in a ‘God’ (poor ‘God’. He will always be an inverted commas kind of thing for me). Maybe it’s not a him or a person at all that I believe in but a force, that’s both within me and also everywhere. I don’t know. Whatever. I like it. It suits me fine.

So anyway. In my life, typically my childhood, I often had moments whereupon my experience of a situation was inexplicably heightened. They would be moments of little or no spectacle, forgotten quickly by the others right there sharing the same experience. But for me, it was as though a spotlight was shining and the moment would be recorded by my mind with such precision so to never forget. I have a catalogue of them, many of which I’ve never truly analysed for their potential meaning. I’d like to go through that catalogue one day and try to figure out exactly what it was they (or He or It) were teaching me at that moment. But my favourite and most important one was this:

It was 1992 or 1993. So I would have been 11 or 12. I had gone with my aunt and uncle and cousins to a holiday house on a river at a tiny little place called Tunnel Bend on the Howqua River. The house was a shack deep in the bush. There were blackberries everywhere. And a really cool badminton court. And a river with a fairly strong current that travelled around in a circle through a man-made tunnel that had been cut from the earth during the Gold Rush. The shack backed onto a small stony beach where we’d paddle downstream to the tunnel on lilos, drag them up through the dark tunnel over rocks and rockpools, and then resume paddling on the other side, arriving right back where we started.

We had all set out one mild morning – not hot, I remember that – to a spot further up the river that had a nice stretch of stony beach, where the current wasn’t too strong for kids to swim. We didn’t drive or walk, we got on lilos and floated up to the spot. I shared a lilo with my cousin. My uncle kayaked.

We splashed around for a while, but I felt a bit cold so I jumped out of the water and sat on the stony beach wrapped up in a towel next to my sister and my aunt who wasn’t there to swim, so she was wearing jeans, shoes and a jumper. My cousins and uncle were still out in the water. I turned away for a split second and before I knew what was happening my aunt was in the water – in her jeans and her shoes and her jumper. I heard her yell something beforehand, but I didn’t hear what. I looked out into the water at her four boys swimming, but for a moment I couldn’t see my uncle… and then, within seconds, his kayak flipped up out of the water and he was there again. My aunt was still swimming out to him, fully clothed. She must have looked up and realised he was OK and stopped, treading water, for one electric moment while we all looked on a little confused. Then she waded back to the shore and my uncle followed her.

“I saw you go under,” she said. “I thought you were drowning.”

He looked at her with a proud smile and said something along the lines of ‘you silly sausage’, gave her a kiss and a hug. She was drenched, her jeans and her shoes and her jumper. And she was magnificent. A woman who had leapt to save her husband, without thinking of the consequences. Without a care that it wasn’t a particularly warm day and she had no other clothes. Without a care that she might look silly. She jumped in the river! In her jeans! In her shoes! In her jumper! She didn’t waste a moment to consider whether he was perfectly OK, perhaps not drowning at all. It didn’t matter.

THIS. Said ‘God’. Pay attention to THIS.

I was 11 or 12. I didn’t know anything about love. I knew I loved my family and they loved me. But I didn’t understand this kind of love, or this kind of fear of loss. I had no context with which to process this moment but my naive little mind, yet to experience love or hurt, opened up and swallowed it all.

That little spotlight film has played and re-played in my head for many years. Throughout my teens, when love was confusing, it taunted me like a puzzle I couldn’t solve. It would be years before I began to see its relevance. That spotlight has helped me to recognise when someone loved me. And it has helped me recognise when someone maybe didn’t. It taught me to leap without fear of being wrong or looking silly. That even when you are wrong or look silly, you are still magnificent and brave. It taught me that the magazines, with all their advice on playing it cool and keeping your cards close to your chest, are wrong. Most importantly, it taught me that women are not just the objects of love; we are capable of loving with the same ferociousness and foolishness as men. Simply put, that moment taught me how to love.

And so I credit this funny little moment with so much of the love that I have in my life. So thanks ‘God’. If that really was you, it was a darn cool trick.